Hannah is 8.  It has been 8 years since she was born on the kitchen floor in our cottage.  8 years since I stared into those beautiful eyes as I couldn’t believe she was in my arms…I didn’t even know at that point she was a she!!  She had the most beautiful baptism and it was very ‘Hannah’.  It was simply done and so easy going.  It was calm and nervous all at the same time and Hannah enjoyed it, which is the most important part.  She smiled a lot, giggled sometimes and shone loads.  Her Dad was very overwhelmed and I have not seen him that nervous in ages.  He needed to say the baptismal prayer a few times as he could only think in French.  It was good for Hannah to see that even when you know what you’re doing, sometimes the emotions take over, but you start again and finish.  He was brave and I thought what a lovely lesson for Hannah as she can get scared doing things in public, but now knows that so do other people and with faith and dedication you can overcome that fear.

Hannah had some friends from school there, Evie and Elliot.  They have been friends for years and she was so excited to have them there.  There were loads of people there and I hope Hannah felt their love for her.

We had cakes for after…all very Hannah.  She decided that she wanted cakes and blueberries…a weird combination, but she got them ha ha.

So Hannah at 8….she is beautiful.  She has a gorgeous smile and piercing blue eyes.  She looks like butter wouldn’t melt and looks so innocent!  Those who know Hannah know she is not innocent and that she has a voice and will express herself strongly when needed.  You don’t get to walk all over Hannah, you earn her respect and when she is loyal to you she is fiercely loyal.  Once you are her friend it is for keeps!  She has always been the same, she has so much inside of her and only lets bits out at a time.  She is internal thinker and I know much more goes on in her head than she lets show.  I’ve always wanted to be in her head!  With my girls I’ve always said that Rebekah will confess that she has done or was going to do something, Hannah wouldn’t tell you and Elizabeth would tell you and then do it!  I think I have said this before…she is like her Dad and only those who take the time will know her and then they will love her.  She is amazing and kind and will brighten your life.  I am biased obviously, but happily biased!

I always think of my girls in a spiritual sense and can see all of their potential.  With Hannah I saw at her baptism that the Gospel is easy for her and she has already decided that she enjoys it. 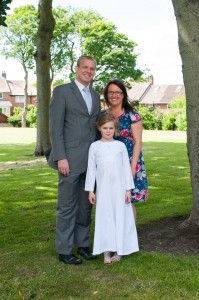 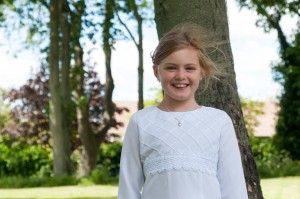