The weather is a getting a little warmer and the ground a little less muddy so we decided to go on a little family adventure to Castle Eden Dene.  There was more climbing than walking, since we took the less obvious paths, but it was tiring the kids out and giving us a united goal of getting to the top and back to the bottom in one piece, which is always more fun than being referees in numerous arguments between the kids!

Elizabeth was the designated photographer for the day and took this role extremely seriously.,,until she wanted to be in the pictures and so handed the responsibility over to anyone willing to take it.  Her job, as she put it, was to take ‘real life’ pictures.  She managed to capture those special family moments beautifully…they were so real they are never appearing on any site ever!

During the walk there was a weird moment when we needed to walk through a tunnel in the pitch black!  I was petrified, but the kids took it in their stride!!  Hannah was designated torch person and fulfilled her purpose well.  It reminded me of a scene from ‘It’.  It was scary until I looked back and saw some teenagers coming along with their dogs and realised that our massive family adventure was simply a dog walking route for everyone else!

The success of the day was having no fights and no storming off.  We all had our jobs and we all found things to do….Rebekah had her flint thing, Adam an ax, Hannah her torch, Beth her camera and Seth his flint thing, which he lost when he was pretending to be a BMX down the hill (following his Daddy!).  My job was to carry all that stuff when they got bored of it or it was taken off them when they did something dangerous!

There is nothing like fresh air and some mud to create good family memories….Happy Valentines to the Hughes’!!! 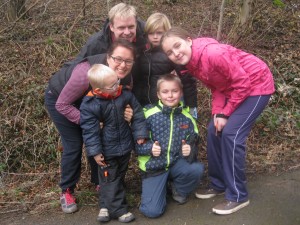 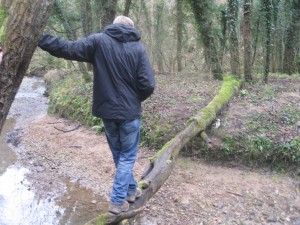 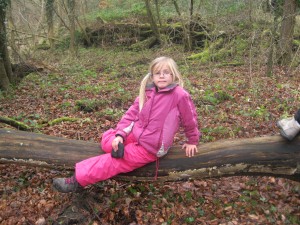 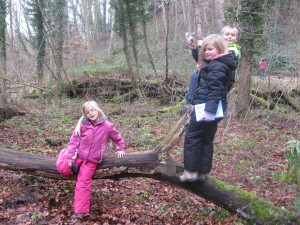 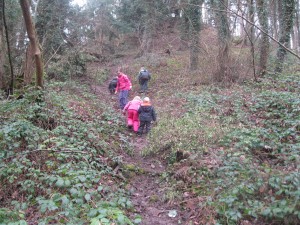 This was Seth’s idea to walk up the hill rather than go on the paths! 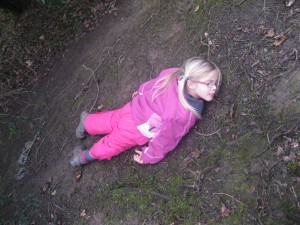 Elizabeth slid down the hill. 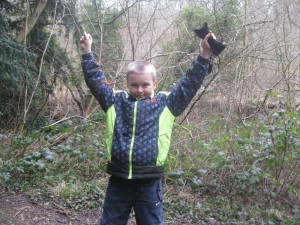 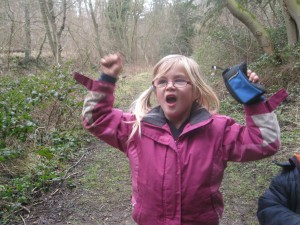 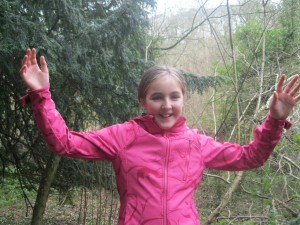 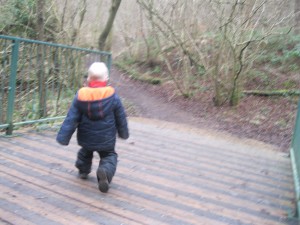 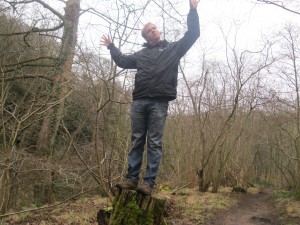